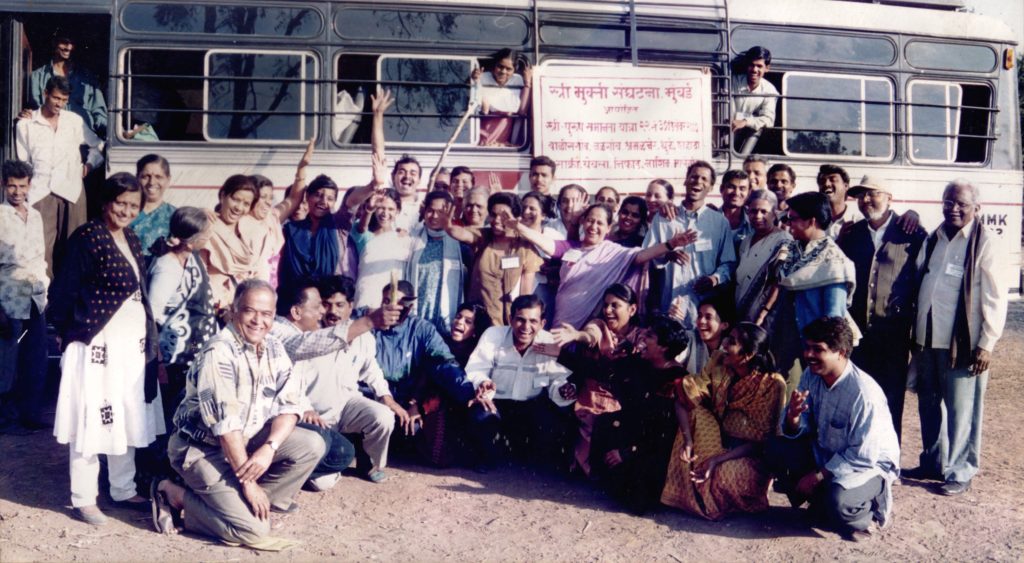 The United Nations declared the year 1975 as —International Women’s Year and shortly declared it as —United Nations Decade for Women . In this context, women’s organizations from all over the world started discussing the issues that women face and its extensive and far reaching effects could be seen in the far corners of India.

In October 1975, a conference on “Stree Mukti Sangharsha Parishad” (United Struggle for Women’s Liberation) was organized in Pune. In spite of the emergency declared at that time in India, over 600 women from interiors of Maharashtra participated in the conference. The women were from all walks of life, workers, daily wagers, farm labourers, tribals, devdasis, and women from middle class.

In Mumbai, some young women got together and started preparing for the conference by making posters, exhibitions, songs, pamphlets, and a manifesto of women’s liberation. After the conference, this same group of women started the Stree Mukti Sanghatana – or Women’s Liberation Organization.

A clear picture emerged of the popular media which seemed more focused on the old traditional customary roles of men and women and were laughing off the more deep rooted problems that women face. The constitution of India gives equal rights to both men and women; however, in reality the scene was completely different. In every aspect women were given a secondary position. The volunteers and activists in the Women Liberation Movement decided to use this same popular media to reach out to the general public. It was heartening to see the common people accepting and empathizing with the cause.

Traditional art forms are a very powerful medium to reach in the far corners and interiors of our country. So these were used to reach out to the people. In the beginning, awareness was the main focus of the organization. Using the Kalapathak (Cultural Troupe) as a medium, the activists reached into the interiors of Maharashtra.

The women’s liberation movement is not about the superficial images of independence. To understand and accept independence in its totality, it’s very important to change the intellectual, political, economical, social, cultural mindset of the people. This movement is focused on these aspects, and understands the importance of it reaching every section of the society.

SMS has a renowned cultural troupe in SHAHIRI tradition of Maharashtra which has been performing since 1975. Gradually people started understanding what “Stree Mukti Sanghatana” was all about. The play “Mulgi Zali Ho” (A Girl Is Born) written by Ms. Jyoti Mhapsekar created history. The play had far reaching consequences and girls from all walks of life started enthusiastically participating in the organization. This play has been translated into 7 Indian languages including Hindi, Kannada, Gujarati, Telugu, Urdu, English and Sanskrit. Women from these states of India perform plays and promote the powerful message of equality. The play has had positive and effective influence on men too.

SMS proudly claims “Mulgi Zali Ho” as its manifesto. The women’s Kalapathak is the pride of the organization.

The cultural troupe traveled into the interiors and nooks and corners of the country highlighting the message of gender equality and gender sensitivity.

From 1985 to 2001 the cultural troupe traveled all over Maharashtra and Central and North India. 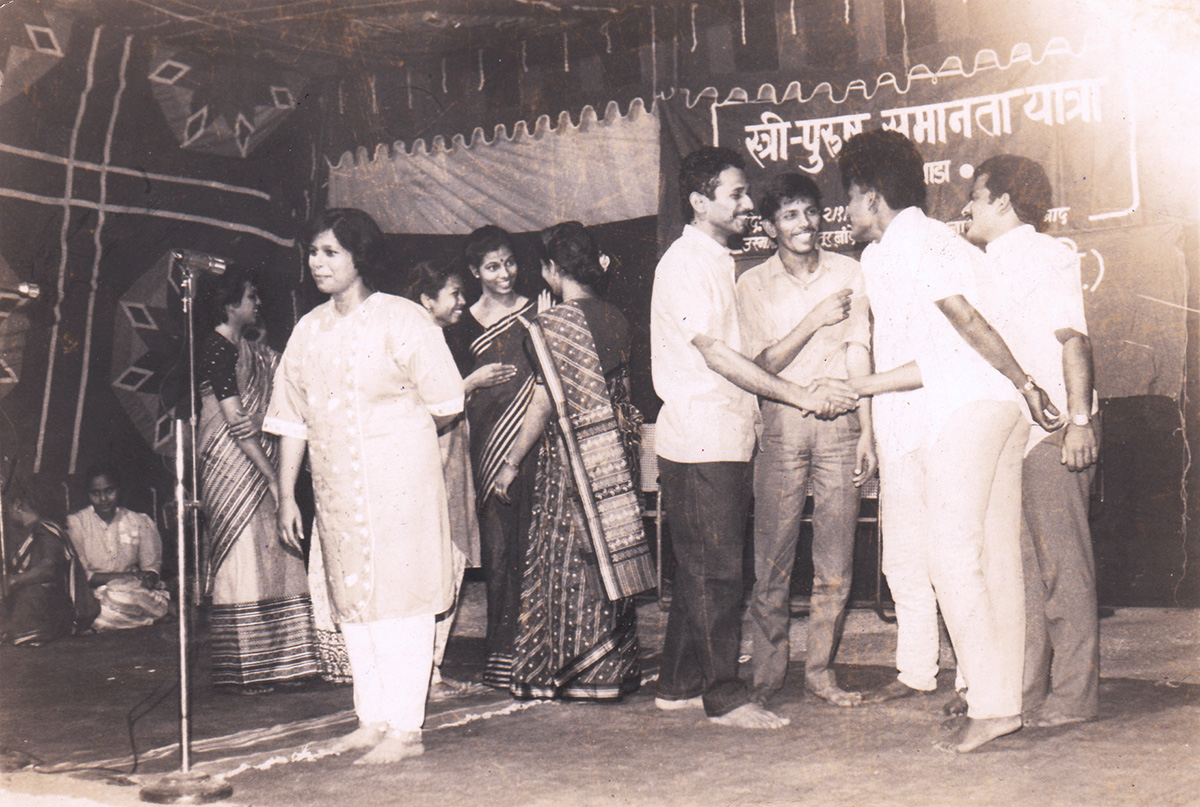 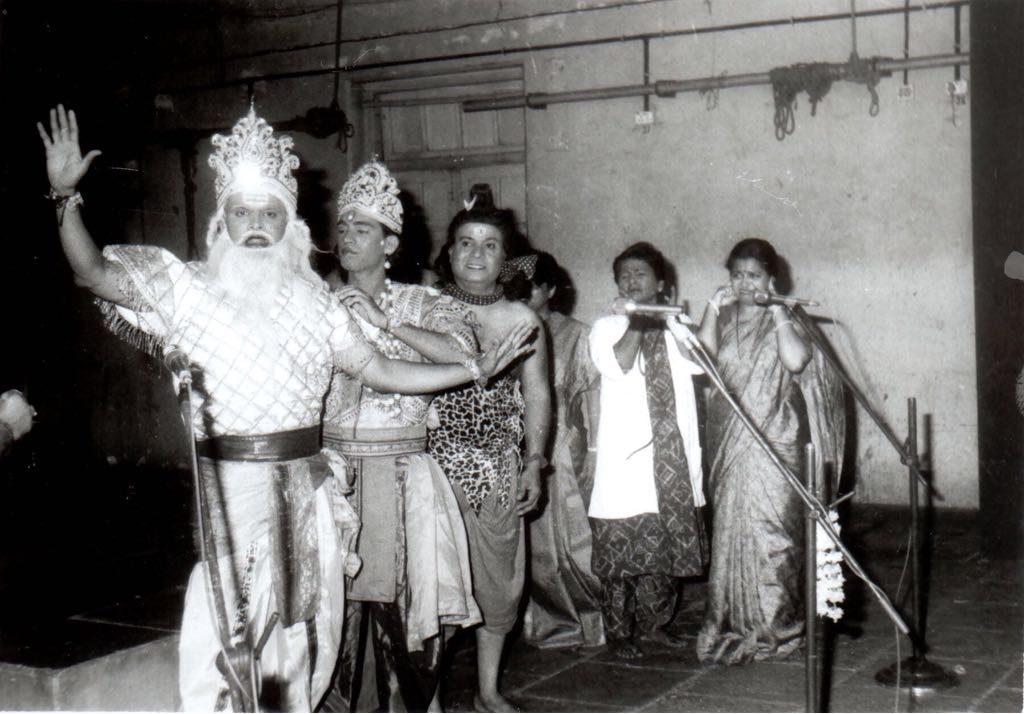 Bap Re Bap ! (Oh My God !). The  play has been written by Jyoti Mhapsekar in 1994.  It talks about another pressing problem in our society – preference to male child, the dwindling sex ratio in India, sex determination test , the PCPNDT (Pre-Conception and Pre-Natal Diagnostic Techniques) Act of parliament of India to stop female foeticides , and abortion rights…

The playwright uses Indian mythological characters to present these pressing issues in a lighter vein. 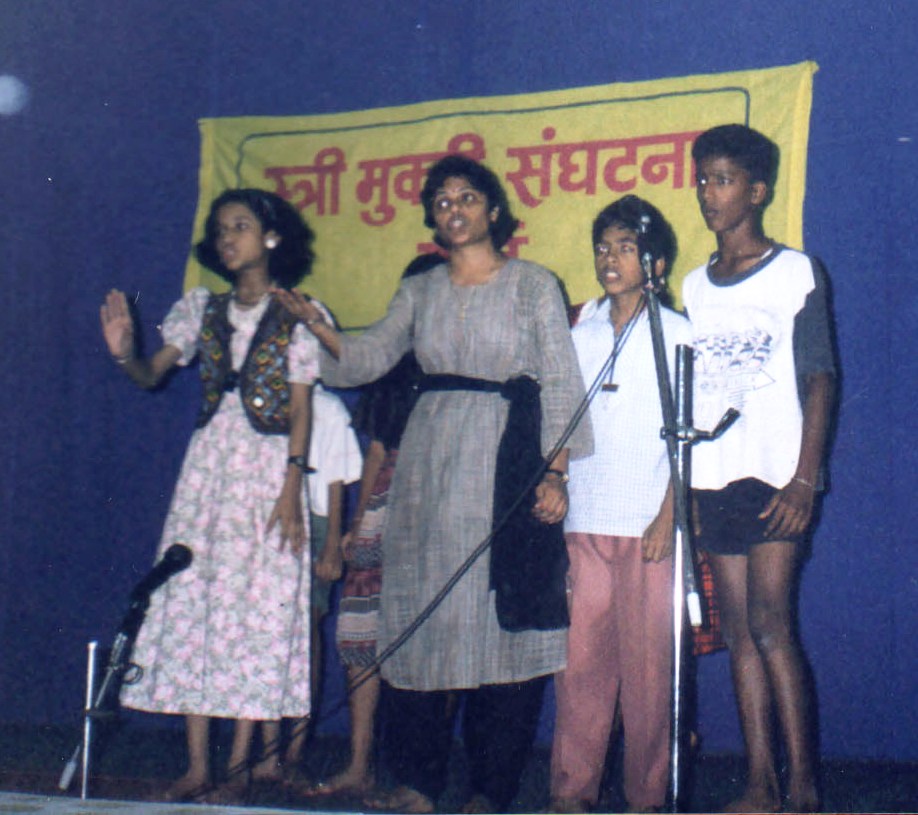 Kashasathi Potasathi  (Why? Just to fill the stomach). Written by Ms. Jyoti Mhapsekar in 1998, this is a play on child labour. It highlights the different types of child labour and its root causes in typical urban surroundings.

The play depicts the history of reformers and revolutionists in the women's cause.

The play depicts the problems of waste management and  provides workable solutions for the same.

WE FIGHT FOR YOUR RIGHTS