Total women’s liberation is not possible at an individual level. Even if some women, for example, free themselves from mental slavery they cannot change the attitude of the society towards women. That requires a social and collective struggle. 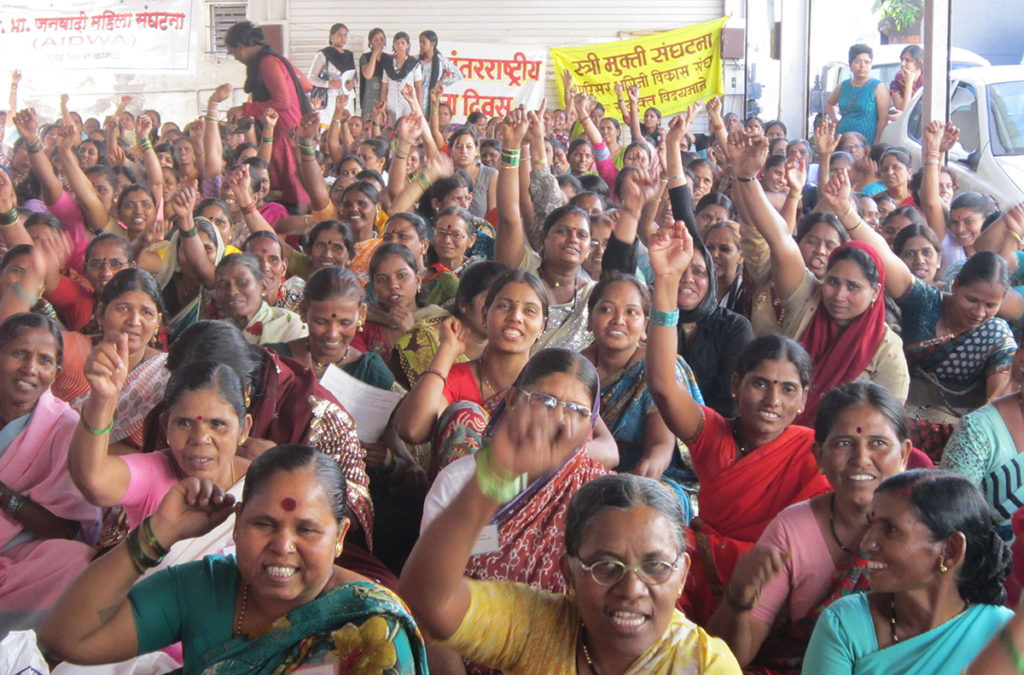 The struggle has to take place at three levels:

We believe that it is necessary to launch a collective and organized movement for struggles at all the three levels.

The inequality between men and women seen in every sphere of life today is related to the general social inequality. We believe that we are organically related to any and all efforts, wherever they are going on to abolish this inequality. Wherever possible, we believe, that we must cooperate with such efforts. This is the necessity of our own movement since we shall have to appeal to activists in different fields for our own movement.

It is necessary to investigate the historical reasons and processes whereby the woman has been relegated to this secondary social status.

Stree Mukti Sanghatana will therefore take up as its main tasks:

The Stree Mukti Sanghatana will function as a nuclear organization, and will make efforts at coordination so that women from different strata and groups can share and exchange thoughts and experiences as well as develop an awareness of the existence of common problems faced by all the groups as women. It will be the task of the Sanghatana to create a united movement of women through these efforts.

Women from the working class, agricultural, labour and white-collared employees have been fighting along with men regarding problems in their own field. There have not been sufficient efforts, however, to make them aware about the specific problems of women. It was believed that such efforts would create a split between the men and the women. This notion is totally erroneous. The obstacle in the path of women’s liberation is not men but the entire social system and, the male chauvinism and mental slavery engendered by the system. If this is borne in mind it will be seen that the struggle and movements launched on specific problems of women will in fact strengthen the unity between men and women as well as the general unity of the movement. We firmly believe this. The participation of women in movements as well as men’s participation in housework will as a result increase and a healthier relationship will develop among colleagues as well as between husbands and wives.

We believe that women’s liberation is not an issue exclusive to Indian women but an international issue. We shall therefore extend support to the women’s liberation movements at different places. It is necessary that we draw inspiration from these movements as well as carry on an exchange of views.

Any woman who shares the above perspective, irrespective of her religion, sect, caste or economic group, can join the Stree Mukti Sanghatana. The Sanghatana will function democratically. Men also are eligible to enroll as members. Cooperation with other organizations will be on specific issues and programmes. The decision has to however be taken democratically in a general body meeting. The office bearers will be elected in the executive committee meetings. The office bearers should be generally well versed with the aims and activities of the Sanghatana. If it becomes necessary for the activities, subcommittees will be appointed, which will be elected by the Sanghatana.